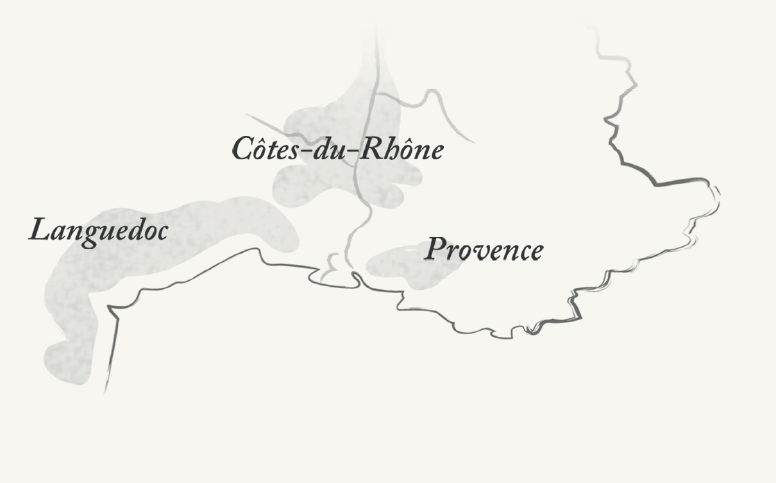 From the rhône to the Méditerranée

From the Rhône to the Languedoc, to Provence, I have met in recent years, passionate men and women, respectful of the environment, who work their land with enthusiasm. Partners who, from advice to experiences accompany me in the development of our vineyards. 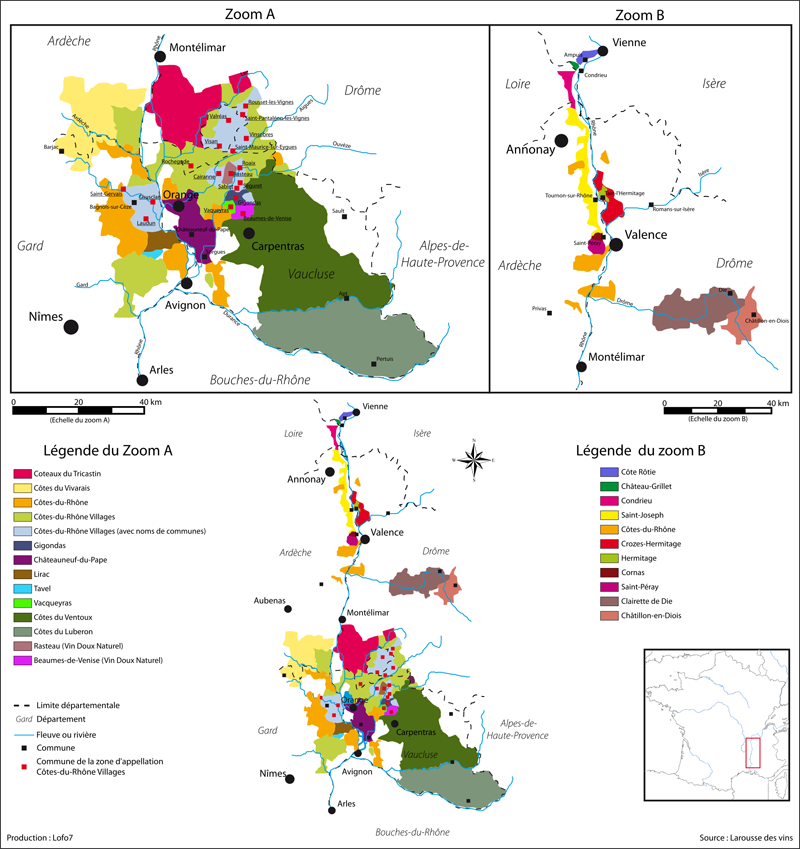 The Rhône valley vineyard stretches on both sides of the Rhône, from Vienne in the north to the south of Avignon and in a total of 1317 municipalities. It is the second largest vineyard after the Bordeaux region. It covers six departments: Rhône, Loire, Ardèche and Gard, on the right bank of the Rhône, Drôme and Vaucluse, on the left bank.

From north to south, this vineyard is divided into two sets of appellations:

The Languedoc-Roussillon vineyard is one of the largest in France with an area of ​​over 245,000 hectares planted with vines! It was created by the Greeks and the Romans in the continuity of that of Provence. We discover sumptuous wines produced thanks to talented winegrowers.

The vineyard runs for 200 kilometers along the Mediterranean from Nîmes to the Spanish border in four departments: Gard, Hérault, Aude and Pyrénées-Orientales.

It is divided into two wine-growing zones: the Languedoc vineyard and the Roussillon vineyard.

The geographical area forms a vast amphitheatre bordered from northeast to south, by the southern slope of the Massif Central formed by the Cevennes, the Grands Causses and the Larzac mountains, the Cabrières mountains, the Espinouse Mountain, and the Montagne Noire from Nîmes to Carcassonne and from Carcassonne to Cerbère by the mountains that form the foothills of the Pyrenees. The Chaîne des Albères ends the arc of a circle. 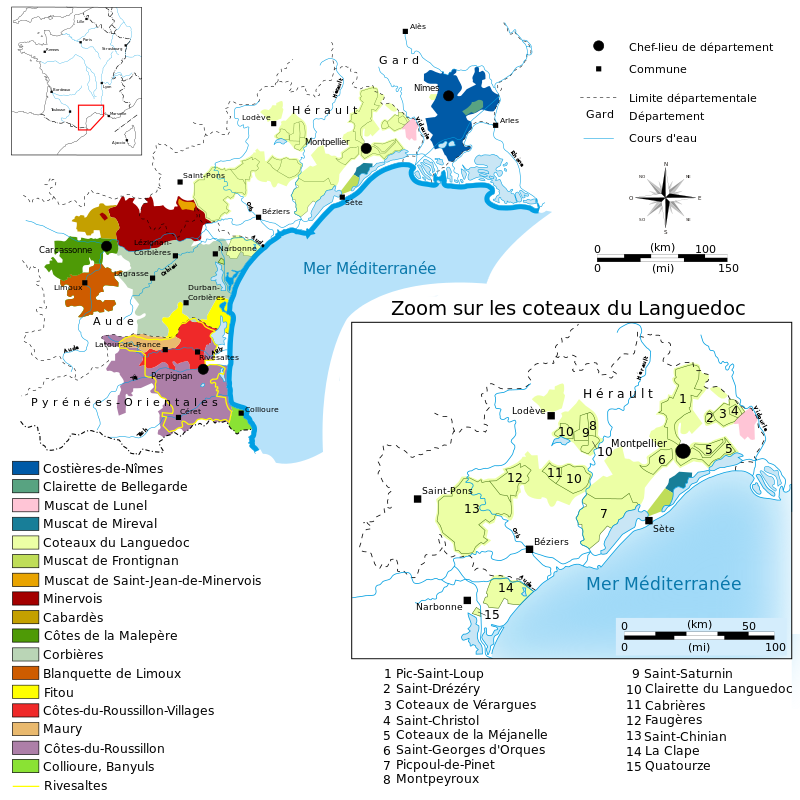 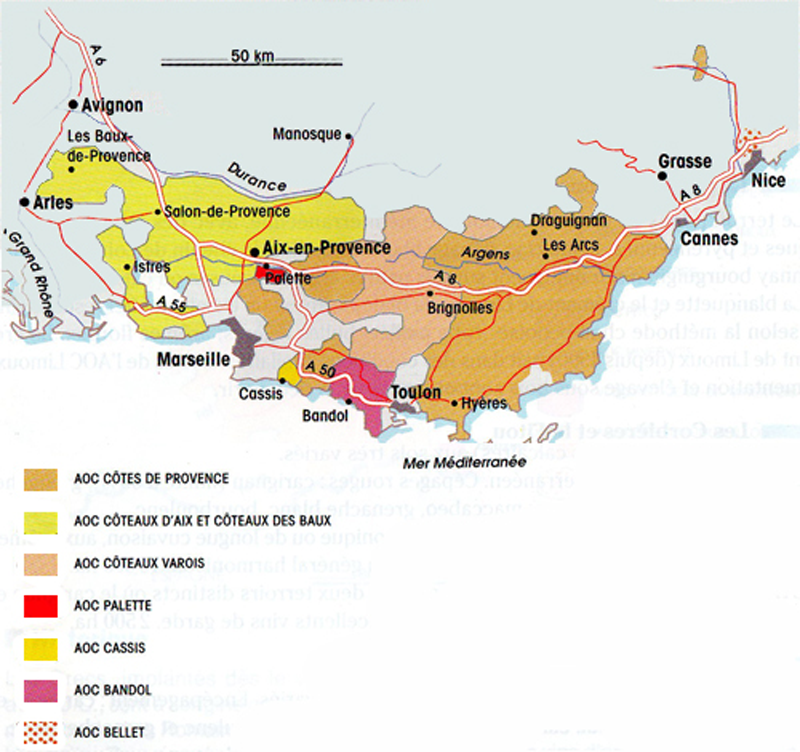 The Provence vineyard extends from the south of Avignon to Nice, over most of Provence. This vineyard is marked by a very great heterogeneity of situation both pedo-geological and climatic with obviously dominance of the strict Mediterranean climate but also of colder zones where the influence of the wind is determining.

Begin typing your search term above and press enter to search. Press ESC to cancel.